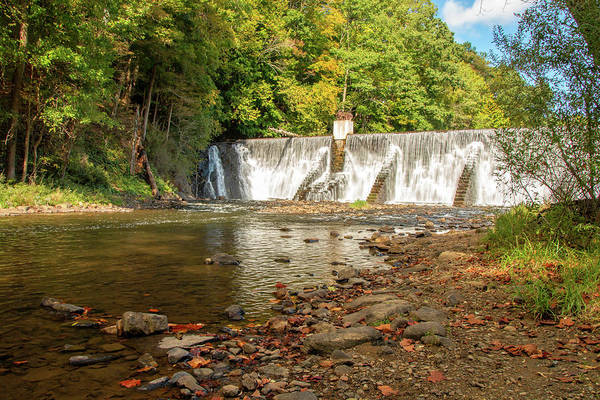 Rolled in a Tube

Taylor Falls At Lake Solitude art print by Kristia Adams.   Our art prints are produced on acid-free papers using archival inks to guarantee that they last a lifetime without fading or loss of color. All art prints include a 1" white border around the image to allow for future framing and matting, if desired.

Lake Solitude Dam was built in 1858 to power a foundry nearby. It also provided a recreation area for residents. This original spillway was named... more

Lake Solitude Dam was built in 1858 to power a foundry nearby. It also provided a recreation area for residents. This original spillway was named Taylor Falls after Robert Taylor who was the manager of the Union Ironworks. In 1909, a larger buttress style dam was built. This dam is the earliest example of this type of dam engineering and the only remaining buttress dam in NJ. After nearly being lost to neglect, the dam was restored in 2014.