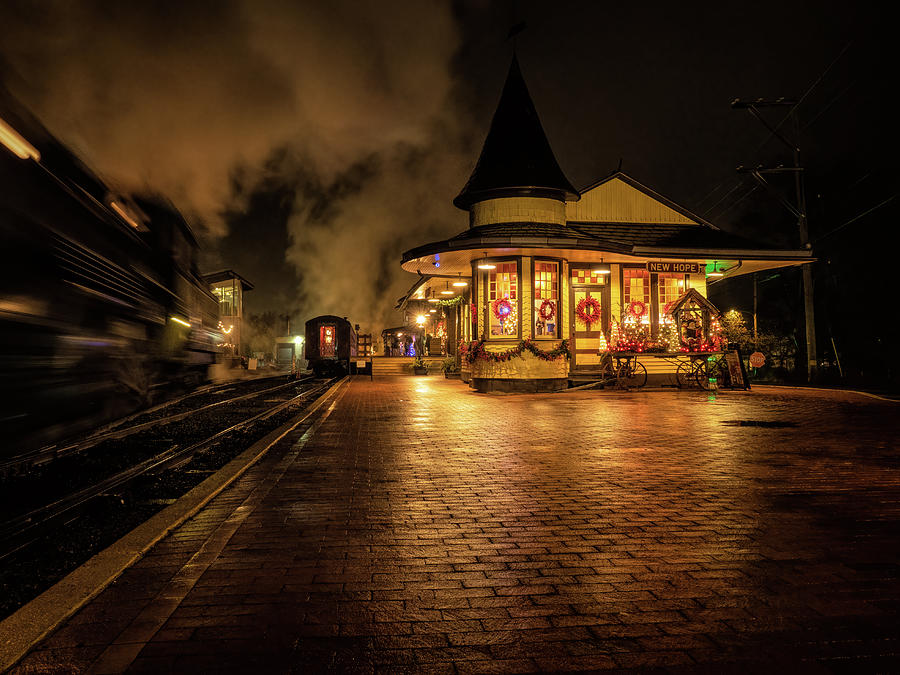 The New Hope train station is lit up for Christmas. It was a misty, rainy night when I went to photograph the Christmas trains running from the station. On the left side of the image, you can see a train chugging by while another waits to depart on the tracks.

The New Hope Train Station was once the terminal point to the Reading Company's New Hope Branch. The station opened in 1891 and closed in 1952 as a regular station. In 1966, 17 miles of rail was sold to a profit company that was established to sell rides on steam trains. The New Hope station is a popular spot for tourists to take rides on steam and diesel powered trains.