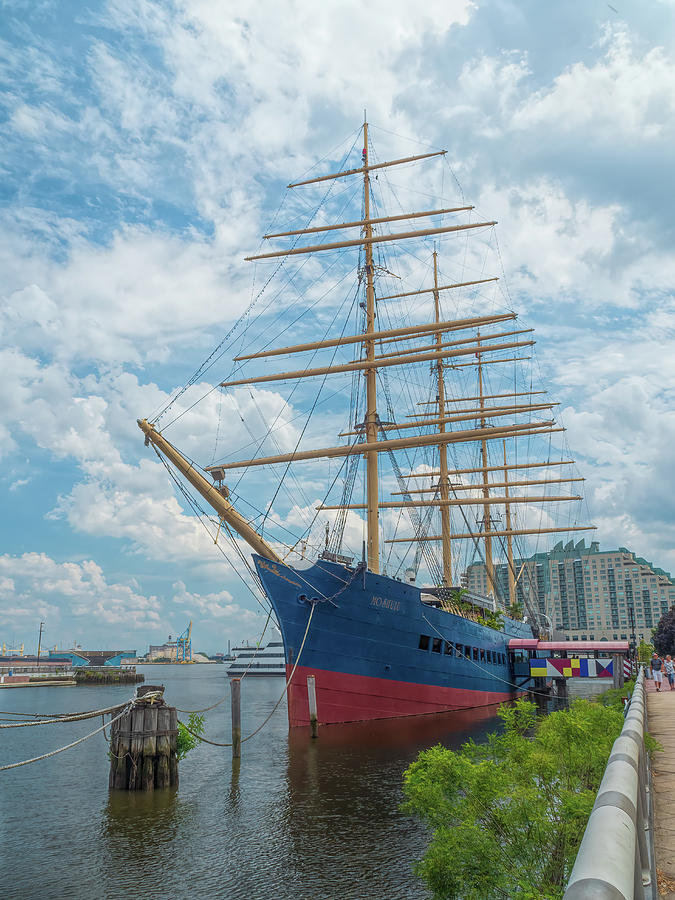 The tall ship, Moshulu, houses the only restaurant in the world on a tall ship. Moshulu was built as a state of the art ship in 1904 in Scotland. She was used as a cargo ship and made voyages all over the world until she was laid up in Nazi-occupied Norway in 1942. She was stripped of masts and spars during the war. Eventually she broke her moorings and capsized. She was then re-floated and moved to Finland where she became a storage for grain. In the 1970s, Moshulu was discovered and purchased to be renovated into a restaurant and museum. The Moshulu has an amazing history. Anyone interested should visit the website. It is fascinating!