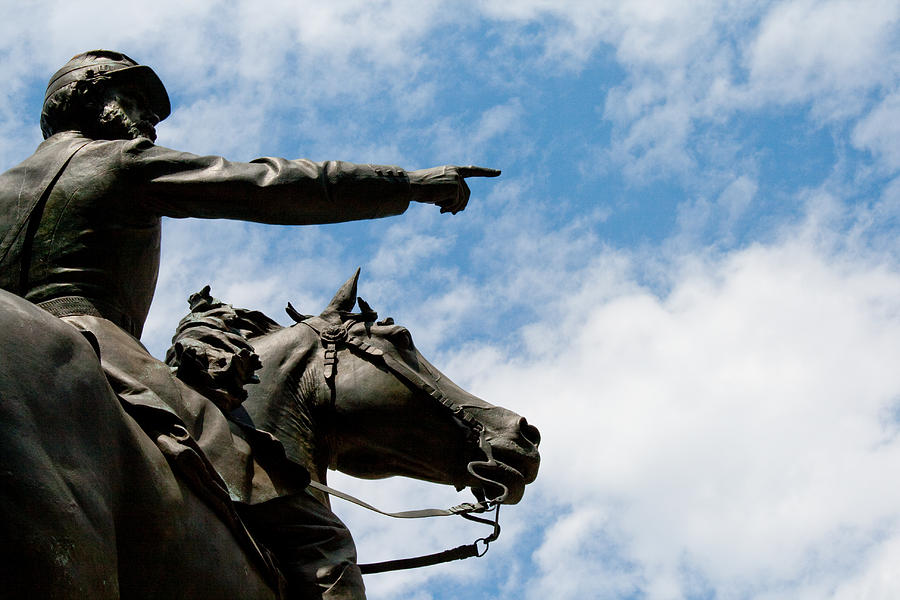 John F. Reynolds was a general during the American Civil War for the union army. He was one of the most respected senior commanders in the union army and was instrumental in committing the Army of the Potomac to the Battle of Gettysburg. He was killed at the very start of the battle. This wonderful bronze sculpture is located outside City Hall in Philadelphia. It was made in 1883 by American sculptor John H. Rogers.

Great shot of a spectacular work of art with the sky anchoring the composition.

Nice POV and the cloud filled sky is a perfect background!