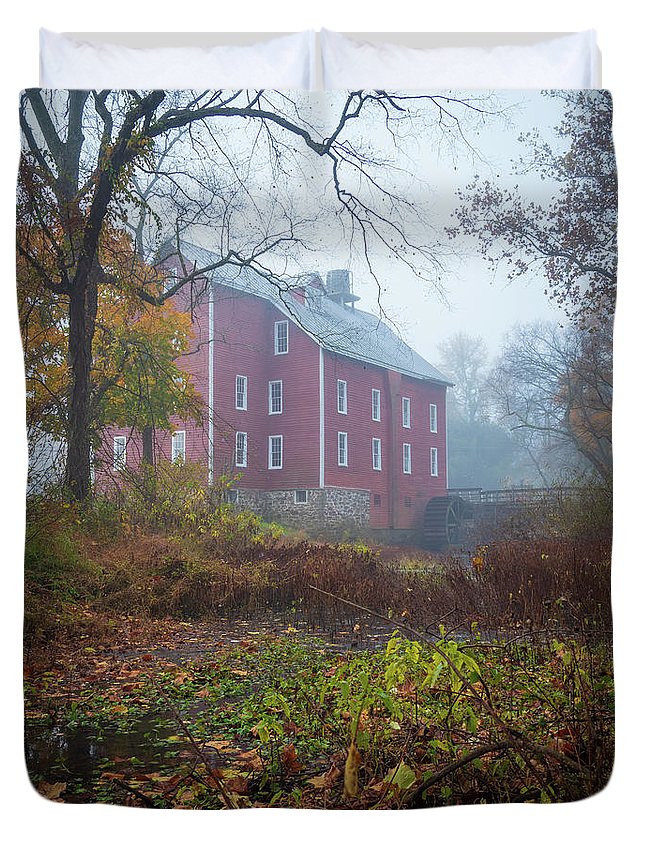 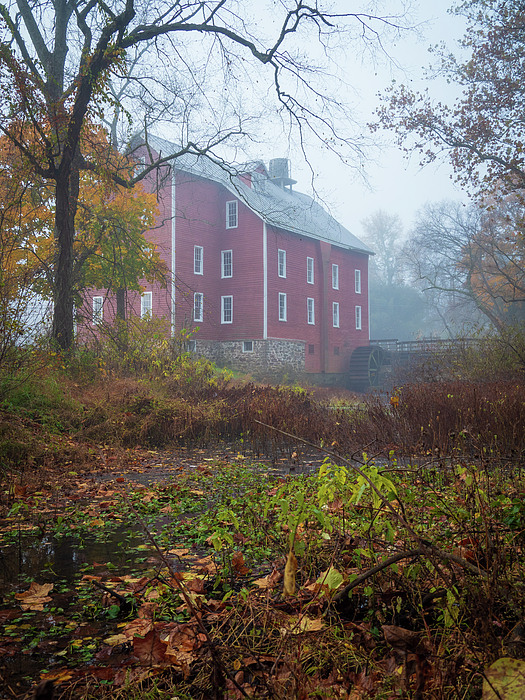 Boundary: Bleed area may not be visible.

Click and drag to re-position the image, if desired.

The image is near the edges of the product but doesn't cover the entire product.   Some of the background color may appear around the outside edges of the image.

Queen duvet cover (88" x 88") featuring the image "Foggy Morning at Kirbys Mill " by Kristia Adams. Our soft microfiber duvet covers are hand sewn and include a hidden zipper for easy washing and assembly. Your selected image is printed on the top surface with a soft white surface underneath. All duvet covers are machine washable with cold water and a mild detergent.

Kirby's Mill is located in Medford, NJ. It was built and completed in 1778. During its early years of operation, it was used to produce rye, wheat,... more

Kirby's Mill is located in Medford, NJ. It was built and completed in 1778. During its early years of operation, it was used to produce rye, wheat, and buckwheat flour and cornmeal. Later, a sawmill was added to the facility and timber was processed here. In the 1920's, more sophisticated machinery became the way to process flour and the mill was used to produce animal feed. It operated until 1969 when the Medford Historical Society bought the mill from Kirby Brothers. The mill was declared a State Historical Site in 1971 and placed on the National Register of Historic Sites in 1972.