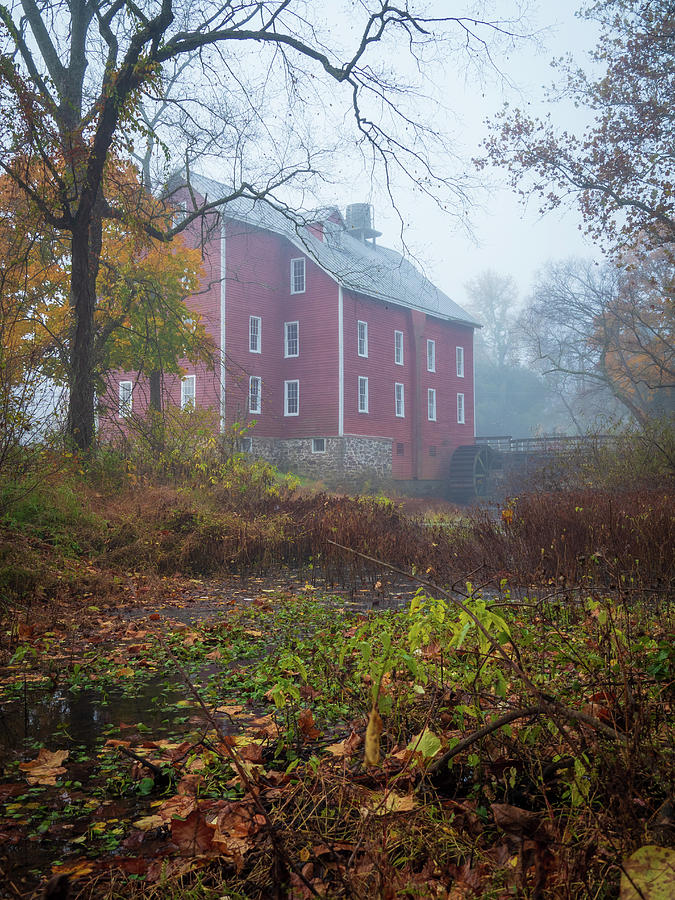 Kirby's Mill is located in Medford, NJ. It was built and completed in 1778. During its early years of operation, it was used to produce rye, wheat, and buckwheat flour and cornmeal. Later, a sawmill was added to the facility and timber was processed here. In the 1920's, more sophisticated machinery became the way to process flour and the mill was used to produce animal feed. It operated until 1969 when the Medford Historical Society bought the mill from Kirby Brothers. The mill was declared a State Historical Site in 1971 and placed on the National Register of Historic Sites in 1972.